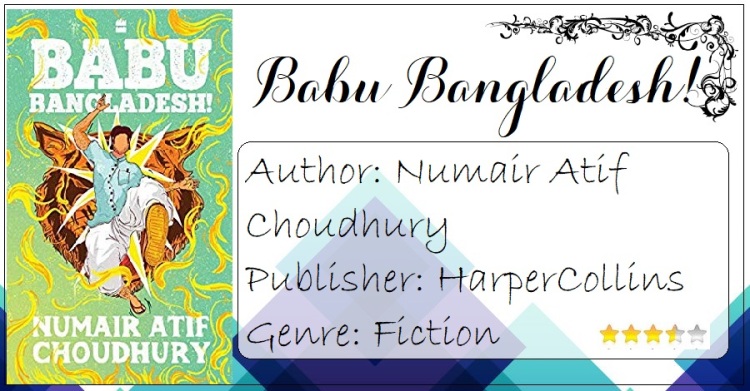 “In Bangladesh, Babu is remembered as a writer, a politician, and as something of a mystic.”
Babu Bangladesh, an enigmatic and powerful politician suddenly disappears and people are left to articulate his strange disappearance through half baked stories and conspiracy theories. But when a set of manuscripts written by the legendary Babu Bangladesh falls in the hands of our over-enthusiastic narrator, he wastes no time in bringing this character to life. It’s the year 2027, Bangladesh’s politics and economy have seen both good and bad days and through the narrator’s meticulous research, we are about to know all of it.
.
Babu Bangladesh was always a curious child. He grew up to join Dhaka University and found himself at the center of an institution that birthed and sheltered freedom fighters. His initial days were spent admiring the ‘Jatiya Sangshad Bhaban’, followed by a keen interest in Louis I. Kahn’s geomantic tradition. His subsequent selection into the JSD party and his rise to one of the most respected and visionary politician can best be described as tumultuous.
.
Babu Bangladesh and his parents worked as activists and were a part of many protests and government operations, especially during Bangladesh’s clash with India and Pakistan. He even had to flee from Dhaka, only to get back to his beloved motherland after few years to resume his good work.
.
A well-respected politician must have multiple enemies, hundreds of speculations and Babu Bangladesh was no exception. From being arrested for incidents he has no hand into being framed for embezzlement, he had seen it all.
.
Narrated in shifting timelines, ‘Babu Bangladesh!’ is a vivid portrayal of Bangladesh’s political scenario from the 1940s to 2019(right up to Babu’s disappearance). Babu has been effectively used as a vessel to give us a more intimate portrayal of how death and destruction, and sometimes happiness once swept through Bangladesh.
However, the book reads like a classic history textbook and Babu is just that- a vessel. His emotions state isn’t explored as much as it should have been, giving us a sense of detachment throughout.
.
A fiction that reads like nonfiction, ‘Babu Bangladesh!’ is also the narrator’s journey in gathering facts and information even after being roughed up and threatened countless time. We follow Babu’s journey into oblivion and simultaneously follow the author’s struggle to bring this story to life.

Bangladesh, 2028. A biographer begins to document the life of an enigmatic and controversial political luminary – Babu, also known as ‘Babu Bangladesh’. In unearthing the story of a man whom many thought was the leader of his generation, he begins to uncover the story of a nation itself. Buildings acquire consciousness to chart political outcomes, a tree stands defiantly even as marauding troops try to blast it out of existence, tribes of snake and tree worshipers compete for regional supremacy, even as fish-humanoids emerge from the waters … Flitting between fantasy and reality, manoeuvring through the rainforest swamps of Bangladesh with as much ease as the immigrant colonies of New York, blurring the boundaries between myth, history and truth, Babu Bangladesh! is a work of stunning scope and ambition from the most exciting literary voice to emerge from the Subcontinent in years.