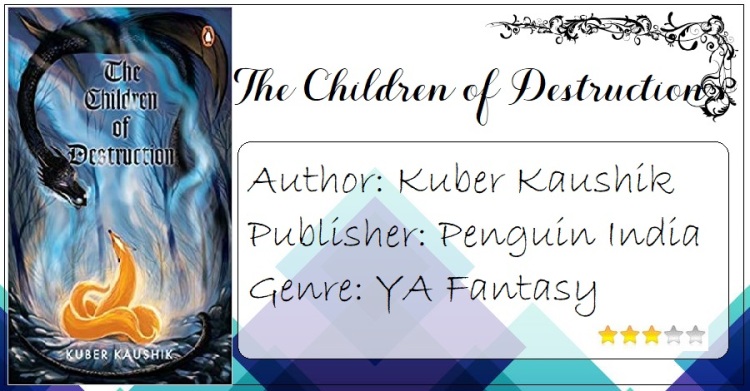 Magic has been hiding at the edges of reality all along For Alice, life as a teenager was hard enough without turning into a supernatural herald of destruction. And you would think that after causing mini hurricanes with a mere sneeze, being visited by talking foxes and ending up on a journey with death around every corner (sometimes literally), things couldn’t get much worse. Wrong. They can. Between a blind and telekinetic mass murderer, a girl bound to a shadowy demon and a genetically engineered pseudo-messiah, a whole generation of weird is ready to come of age. And when they do, the world will change. If it survives that long.

I knew I wouldn’t like this story right from the start. The prologue wasn’t intriguing and I didn’t feel the need to know this story. But I continued on because I wanted to know the story.

The protagonist is a teenager with magical powers and she is yet to discover it. Predictable much? Throughout her journey we neet characters that are not even relevant to the actual plot. The story the author wants to convey is that magic can be constructive as well as destructive.

What was refreshing throughout was the simple writing and the sassy dialogues. These helped me interact with the plot in general and for that, I will be adding a star to the rating. The ending surprised me too because it was logical and satisfying.

‘The Children of Destruction’ is the kind of story that has been kept afloat through dialogues rather than the actual plot. Despite confusing events and multiple and sometimes unnecessary characters, this is a good book for kids as it deals with teenagers and what goes on with them.

One thought on “Book Review: The Children of Destruction by Kuber Kaushik”