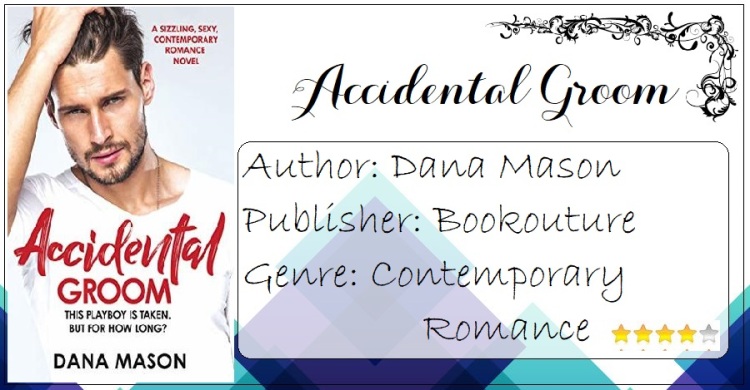 My head is pounding. Yawning, I rub my hands over my face, and I’m surprised by the shiny gold band on my left ring finger. What the…

But you know that, right?

You probably even recognize the sound of my voice…

Because I’m the radio host that wakes up most of Sacramento every morning. The DJ that most of the women in Sacramento lust after.

I have my own reasons for needing to stay single, my own demons to battle with. Scars that don’t show, but that stop me from getting close to anyone.

Except, after one hell of a drunken accident, I’ve woken up married. To a gorgeous green-eyed girl, Kelley, who I only met yesterday in a coffee shop.

A killer hangover later, it turns out that this playboy is off the market. The only question is…for how long? Because no girl has ever been able to change my ways – and who says that Kelley is going to be any different?

Don’t believe it even for a second that Mac is a playboy. He might be a commitment-phobe, but I have never seen a man freak out in such a sexy and adorable manner.

Kelly and Mac’s story is a straight outta Vegas kinda story but their chemistry is mesmerizing right from the start. While Mac feels a genuine connection with this ‘green-eyed’ girl, Kelly is all-in, even if its just a phase or a one night stand.

Mac is a heartthrob, and Kelley is the poster girl for bad fate. They accidentally get married in an all-night wedding church in Reno and regret it right away. But Mac isn’t ready to let go, even if it was a terrible mistake on both their parts.

I do have a problem with Mac’s character, especially in the initial chapters. Mac doesn’t feel like a playboy, or a no commitments person. A couple of chapters to show this aspect of his character was necessary. I think Mac is one of those characters I fell in love with, especially his dialogues which were so thoughtful and funny.

Rest assured, this is such a comforting piece of Romance. I anticipated the worst and the best, and this book left me with warm, fuzzy feelings.

*Thank you Netgalley and Bookouture for the e-ARC. All opinions are my own*

One thought on “e-ARC Review: Accidental Groom by Dana Mason”