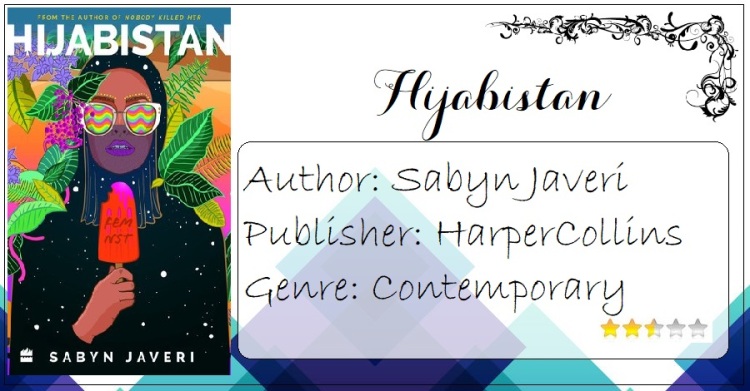 A young kleptomaniac infuses thrill into her suffocating life by using her abaya to steal lipsticks and flash men. An office worker feels empowered through sex, shunning her inhibitions but not her hijab … until she realizes that the real veil is drawn across her desires and not her body. A British-Asian Muslim girl finds herself drawn to the jihad in Syria only to realize the real fight is inside her. A young Pakistani bride in the West asserts her identity through the hijab in her new and unfamiliar surroundings, leading to unexpected consequences. The hijab constricts as it liberates. Not just a piece of garment, it is a worldview, an emblem of the assertion of a Muslim woman’s identity, and equally a symbol of oppression. Set in Pakistan and the UK, this unusual and provocative collection of short stories explores the lives of women crushed under the weight of the all-encompassing veil and those who feel sheltered by it.

‘Hijabistan’ is a collection of stories that take us to women who fell trapped in their everyday lives, resorting to unnatural fantasies and daydreaming.

The collection starts with women, who find it difficult to deal with the consequences of wearing an abaya, and in turn perform strange, sexually explicit acts. Well also get to meet the daydreaming types, the ones who want to be free but are incapable of dealing with the consequence of the choices they make. We also meet the accepting types, who embrace their hijab as something holy and pious and a mark of their identity.

The story is, however, disjointed and crazy. And I mean that in a bad way. The writing and the plot feels like a crazy mismatch, and the message is lost because the author wants to include random acts throughout the plot even though they don’t make any sense.