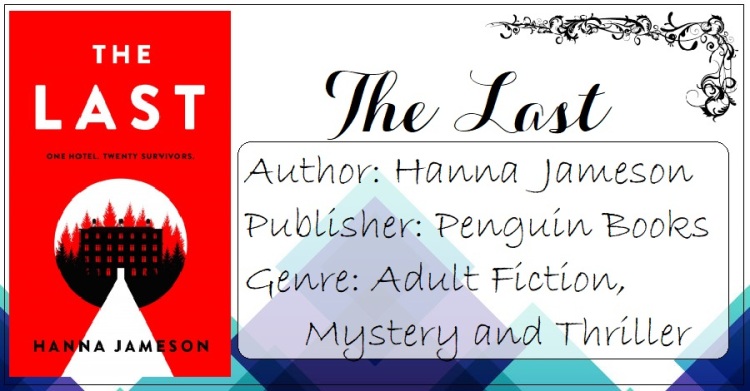 Historian Jon Keller is on a trip to Switzerland when the world ends. As the lights go out on civilization, he wishes he had a way of knowing whether his wife, Nadia and their two daughters are still alive. More than anything, Jon wishes he hadn’t ignored Nadia’s last message.

Twenty people remain in Jon’s hotel. Far from the nearest city and walled in by towering trees, they wait, they survive.

Then one day, the body of a young girl is found. It’s clear she has been murdered. Which means that someone in the hotel is a killer.

As paranoia descends, Jon decides to investigate. But how far is he willing to go in pursuit of justice? And what kind of justice can he hope for, when society as he knows it no longer exists?

An American Historian, Dr. Jon Keller is stranded in a hotel in Switzerland. Jon was in Switzerland for a conference and was enjoying his morning coffee when he got the message that America has been hit by a nuclear weapon. Miles away from his wife and children, and with no news about the outside world whatsoever (because naturally, the internet and any other form of communication are down).

The story is an intimate character profile of all the people stranded on a hotel, that has somehow managed to escape an apocalypse. Things get worse when a dead body is discovered in a hotel, that is already tainted by stories such as the existence of ghosts, the residence of a serial killer and other bizarre stories.

The protagonist is driven by this intense need for justice, but in a world that is rapidly collapsing, the right kind of justice doesn’t exist. I, personally didn’t like the protagonist. He is edgy, repetitive, very strange. The other characters, however, have been portrayed in their truest sense. People locked up in a hotel with no knowledge of their family and friends, can get nasty and disturbing. And that adds a lot of layers to the mystery.

Overall, the book was a pretty good read with scenarios that are plausible. The reason and the forces behind the nuclear attack haven’t been revealed anywhere throughout the book, which felt like a huge letdown.

4 thoughts on “e-ARC Review: The Last by Hanna Jameson|A nuclear apocalypse, a murder, and a haunted hotel|”