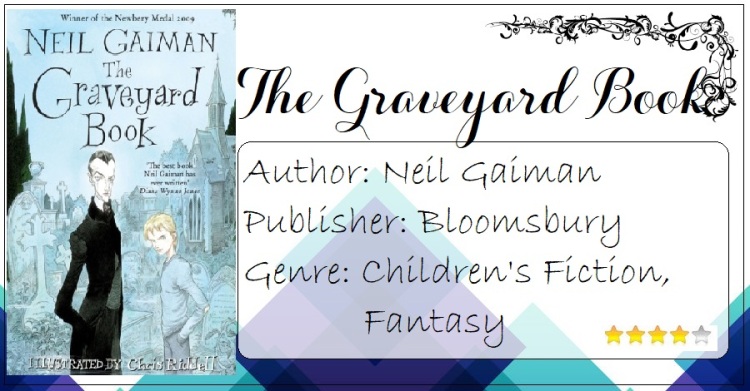 After the grisly murder of his entire family, a toddler wanders into a graveyard where the ghosts and other supernatural residents agree to raise him as one of their own.

Nobody Owens, known to his friends as Bod, is a normal boy. He would be completely normal if he didn’t live in a sprawling graveyard, being raised and educated by ghosts, with a solitary guardian who belongs to neither the world of the living nor of the dead. There are dangers and adventures in the graveyard for a boy. But if Bod leaves the graveyard, then he will come under attack from the man Jack—who has already killed Bod’s family…

‘The Graveyard Book’ by Neil Gaiman is about Bod aka Nobody Owens- a boy brought up on a Graveyard. His parents were murdered when he was an infant and his curiosity brought him to the Graveyard, where he was adopted by the Owens.

Bod lives with Ghosts, they teach him all about life and spoil him with all kinds of stories. Bod also has a guardian- Silas, a mysterious man standing between the fine line of life and death.

The Jungle Book was the inspiration beyond this spooky, adventurous novel and I can see why. Here are a couple of reasons why ‘The Graveyard Book’ should be your next pick:

Let’s look at a couple of Goodreads review because they will give you more reasons to pick this marvelous book up.