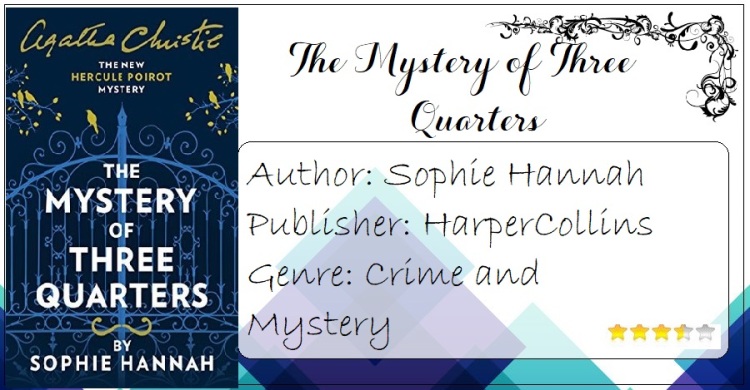 Hercule Poirot returns home after an agreeable luncheon to find an angry woman waiting to berate him outside his front door. Her name is Sylvia Rule, and she demands to know why Poirot has accused her of the murder of Barnabas Pandy, a man she has neither heard of nor ever met. She is furious to be so accused, and deeply shocked. Poirot is equally shocked, because he too has never heard of any Barnabas Pandy, and he certainly did not send the letter in question. He cannot convince Sylvia Rule of his innocence, however, and she marches away in a rage.

Shaken, Poirot goes inside, only to find that he has a visitor waiting for him — a man called John McCrodden who also claims also to have received a letter from Poirot that morning, accusing him of the murder of Barnabas Pandy…

Poirot wonders how many more letters of this sort have been sent in his name. Who sent them, and why? More importantly, who is Barnabas Pandy, is he dead, and, if so, was he murdered? And can Poirot find out the answers without putting more lives in danger?

Four people receive identical letters accusing them of murdering a Barnabas Pandy and signed by the famous detective Hercule Poirot. But the catch is, M Poirot never wrote those letters.

I am usually the type who hates reading famous books carried on by other authors. But I gave The Mystery of Three Quarters a try and I am not quite sure how I feel. Here are a few observations I made.

As you can see, I have mixed emotions about this book and I really don’t know how to frame a review.

But I would certainly recommend the book because Sophie Hannah has done a lot of justice to Agatha Christie. It is quite rare to find two people with the same thought process and either the author and Christie are alike, or she has remarkable observation skills and knows how to study her characters.

2 thoughts on “Review: The Mystery of Three Quarters by Sophie Hannah”