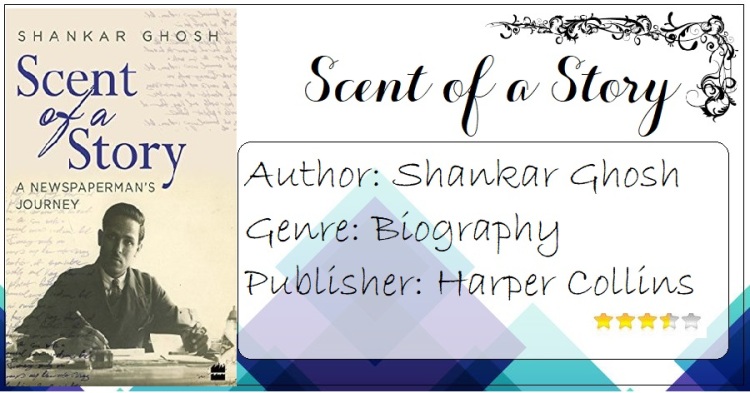 Combining biography and memoir, Shankar Ghosh writes of his father’s life as a journalist in his father’s own voice. As the longest-serving and the first Indian editor of the second-oldest English newspaper in India, the Pioneer, his father Dr S.N. Ghosh’s career matched step with the most profound changes in modern history, including India’s coming of age as an independent nation. As a cub reporter for the Pioneer, Dr Ghosh saw the ‘whites only’ clubs of the British Raj. During the Bengal Famine he was one of the few journalists who wrote about the disaster, and even helped his wife smuggle grain to Calcutta, then a punishable offence. On the eve of Independence, he wrote the Pioneer’s editorial to mark the historic day. In the 1950s he witnessed the beginning of the Ram Janma Bhoomi movement – after an idol of Ram Lalla appeared surreptitiously in the Babari Masjid. He also chronicled the India-China war and the politicking in an incipient Uttar Pradesh, and had experienced first-hand the Jim Crow years in the US when he travelled in the country. As a journalist Dr Ghosh’s personal accounts were many. He loved to tell them and Shankar to listen. Shankar’s prose condenses, as a perfumer bottles a fragrance, his father’s remembrances, his father’s life in romance of a newspaper, and the spirit of an early Lucknow, all for us to get a whiff of those times. As memoirs go, Scent of a Story is a charmer of a book.

The Scent of a Story is the journey of a leading newspaper “The Pioneer”, and the editor, who worked hard to keep it afloat, especially on days where the Nawabs and the Britishers had other things to do rather than run an international newspaper agency.

The Scent of a Story has been narrated by Surendra Nath Ghosh, a journalist, who later becomes the editor of the newspaper. The story spans through the pre-independence and the post-independence era and gives us a detailed account of the ups and downs faced by the Second oldest English Newspaper in India.

The story also talks about his growing years and how India changes slowly under the British rule. There is also a glimpse of his personal and family life, and fond memories. The story is more about the newspaper than the actual struggles of him reaching up to the post of the editor. This was slightly disappointing as I was looking for a strong personality struggling to reach his goal.

The writing style reminded me of times when my grandma would tell me stories of old times, of happy days and sad. The book is also very informative and it tells us the position of the Nawabs, Jamindars etc in British India and how they were treated by the British. The story also gives us an account of foreign travel in those days and exclusive coverage stories of movements such as the Ram Janma Bhoomi dispute.

Overall, an intriguing biography, that sends across much important information about the past and how a national newspaper finally made its mark.

**Huge thanks to Harper Collins for the copy. All opinions are my own**