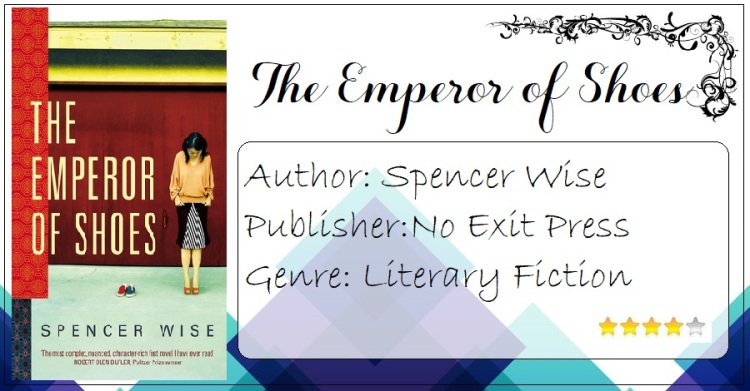 From an exciting new voice in literary fiction, a transfixing story about an expatriate in southern China and his burgeoning relationship with a seamstress intent on inspiring dramatic political change Alex Cohen, a twenty-six-year-old Jewish Bostonian, is living in southern China, where his father runs their family-owned shoe factory. Alex reluctantly assumes the helm of the company, but as he explores the plant’s vast floors and assembly lines, he comes to a grim realization: employees are exploited, regulatory systems are corrupt and Alex’s own father is engaging in bribes to protect the bottom line. When Alex meets a seamstress named Ivy, his sympathies begin to shift. She is an embedded organizer of a pro-democratic Chinese party, secretly sowing dissonance among her fellow laborers. Will Alex remain loyal to his father and his heritage? Or will the sparks of revolution ignite? Deftly plotted and vibrantly drawn, The Emperor of Shoes is a timely meditation on idealism, ambition, father-son rivalry and cultural revolution, set against a vivid backdrop of social and technological change.

Dream big is something we all have been advised at least once in life. But a tine idea, a small change is also capable of bringing a change in our lives as well as others. The Emperor of Shoes is one such tale. Alex, the son, and inheritor of an established shoemaking company in China is yet to find his purpose. His life takes a toll when he joins the company and discovers the ways his father has been running the company, mainly the underlying bribery and exploitation.

Alex meets a girl whose revolutionary ideologies affect Alex the most. Alex is in love with her and while she has been trying to make the lives of the workers in the factory better, she wants his support. Among all the turmoil, Alex needs to pick a side- his father’s or the workers.

The Emperor of Shoes is mainly about exploitation and the injustice factory workers face in China, while the rich get richer. Alex is the poster boy of the plot, a confused person, without direction or guidance, just expected to take the company to great heights. His mental state has been beautifully described by the author and anyone who doesn’t know what they want from life can easily empathize with him. He wants to do good, but the path is full of risks that can be deadly, literally.

While I found the writing style a bit simple as compared to other literary fictions, the story doesn’t get boring. There are mentions of great revolutionary leaders and the ways people can bring change. The characters are very different from each other, the demarcation maintained throughout. Emotions play an important part in the story as we need to feel the pain in order to know it. There are lighter moments too which makes it easier to follow the plot. The ending has been kept realistic without any over the top drama/climax.

“The Emperor of Shoes is subtle yet thought-provoking take on revolutionary ideas, with a protagonist who is yet to find his ideal niche, and is as vulnerable as any other human.”

2 thoughts on “e-ARC Review: The Emperor of Shoes by Spencer Wise”